Radio masts and towers are, typically, tall structures designed to support antennas for telecommunications and broadcasting, including television. There are two main types: guyed and self-supporting structures. They are among the tallest human-made structures. Masts are often named after the broadcasting organizations that originally built them or currently use them.

Telecommunication towers are produced in a variety of self-support – monopole and guide towers. 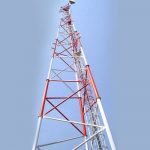 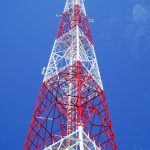 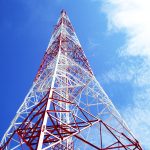 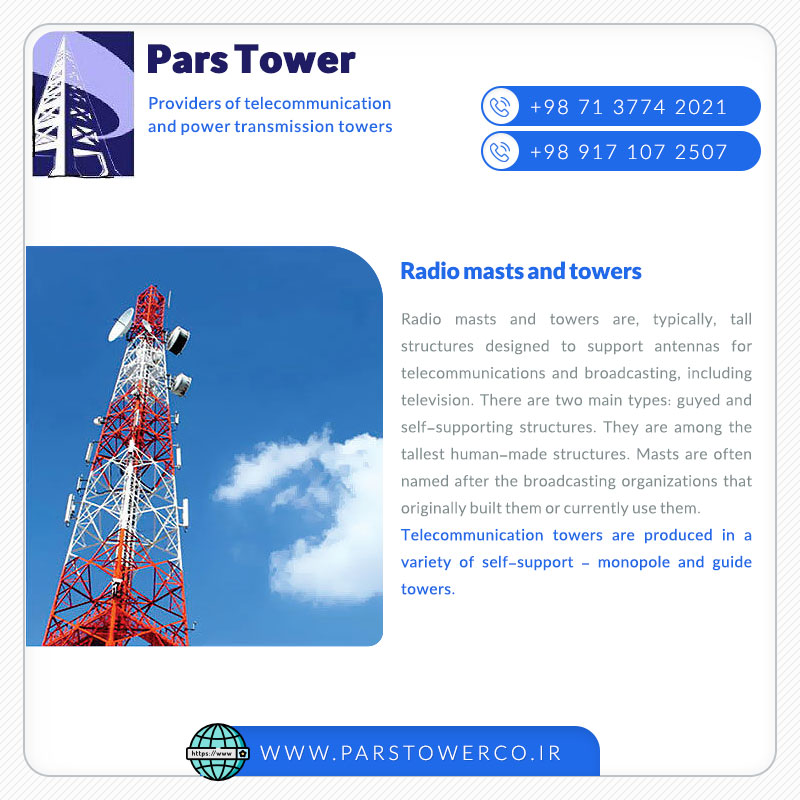 Monopole tower are monolithic masts. These rigs are made of multi-faceted sections.

This type of rig is mounted on a stand and there is a large anchor at the foot of the rig. The vibration of these masts is greater than that of the other masts. Due to the small space they occupy, these towers are considered and used in urban environments where land is of high value 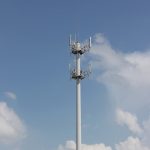 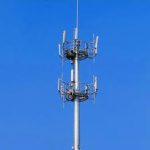 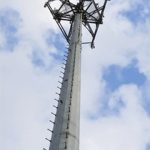 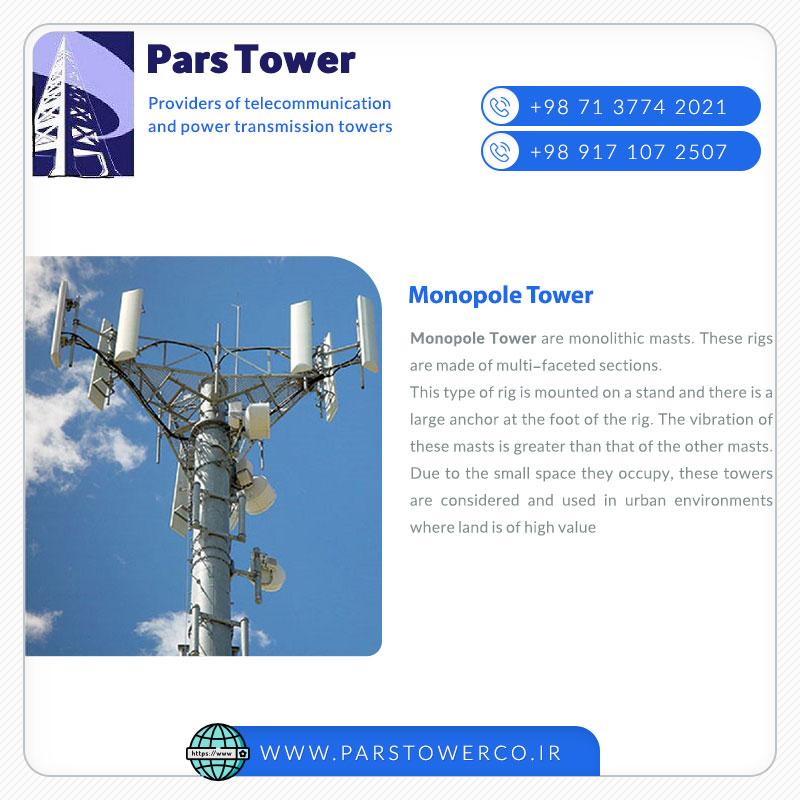 guyed tower are those that are restrained by wires to the ground or other support.

These towers have the capability to be installed on the roofs of homes and offices, in addition to the height of the building, which has helped to elevate the antenna installation location in urban areas. 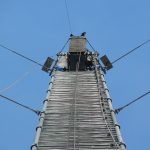 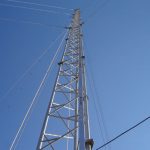 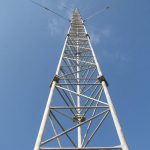 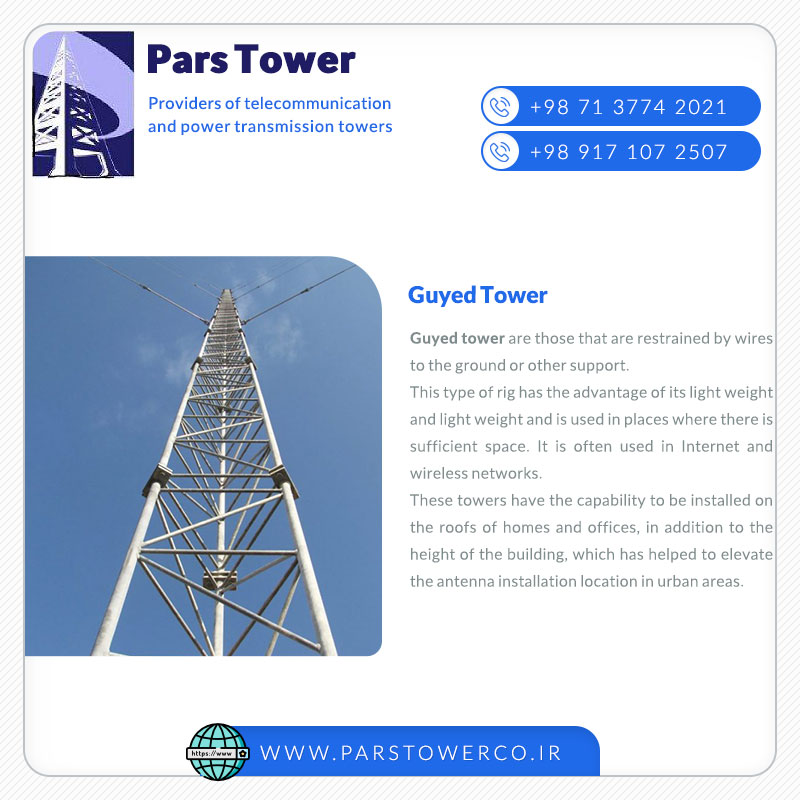 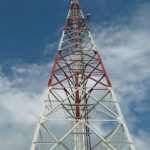 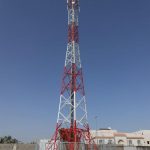 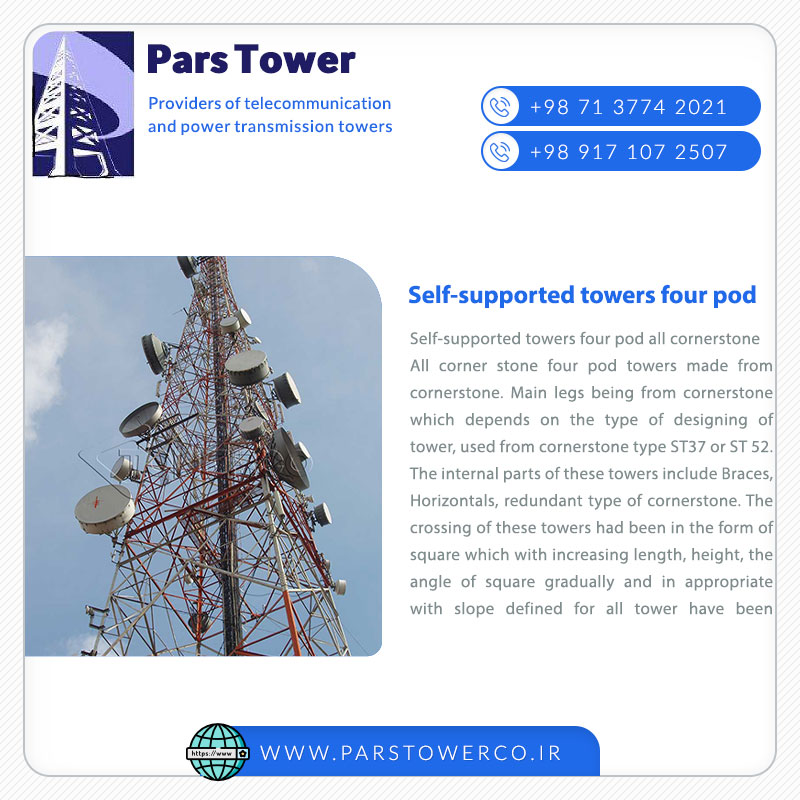 Self support towers of tripod

Self support towers of tripod

Self-support tripod tower are made with tripods. The pedestals are mostly made of pipe and internal members as trusses. Corners are also used in the construction of bases, 60 degree corners, full round bars, bent profiles and more. Internal members are made of corners, pipes, round bars. These types of masts are used for installation of microwave antennas, mobile antennas and wireless. 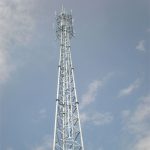 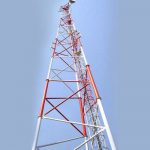 tower of camera due to different climatic conditions and its application in different places and sometimes according to taste and designed with different models.

Depending on customer requirements and different weather conditions, these towers can be made of self-static polystyrene coating or with hot galvanized coating or epoxy paint. 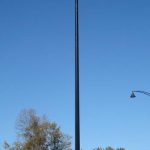 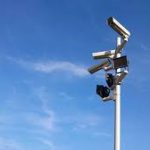 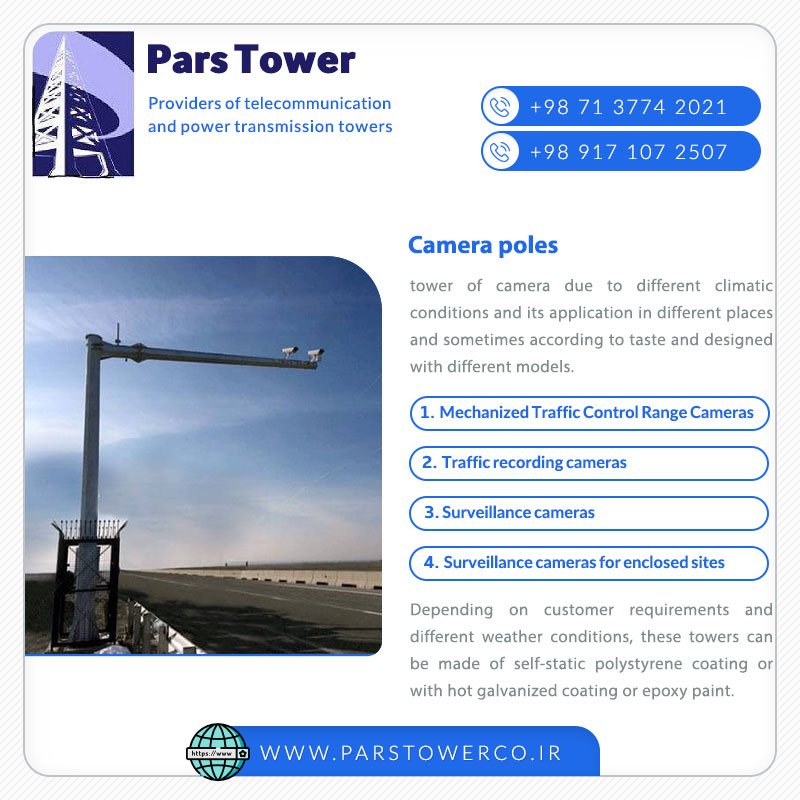 They are utilized for lightning of alleys, avenues, parks, stadiums. Designing of Lightning pole in every district depending on type, area, environmental using, and sometimes personal taste and they are specified based on these features and have its special approaches.In order to preventing erosion, rusting, towers have galvanized covering are 90 Micron. The epoxy coloring method also used for more beautifulness and coordinating with environmental using of the area of lightening pole, which we could namely as multifaceted, pipe, flinch and overlap. 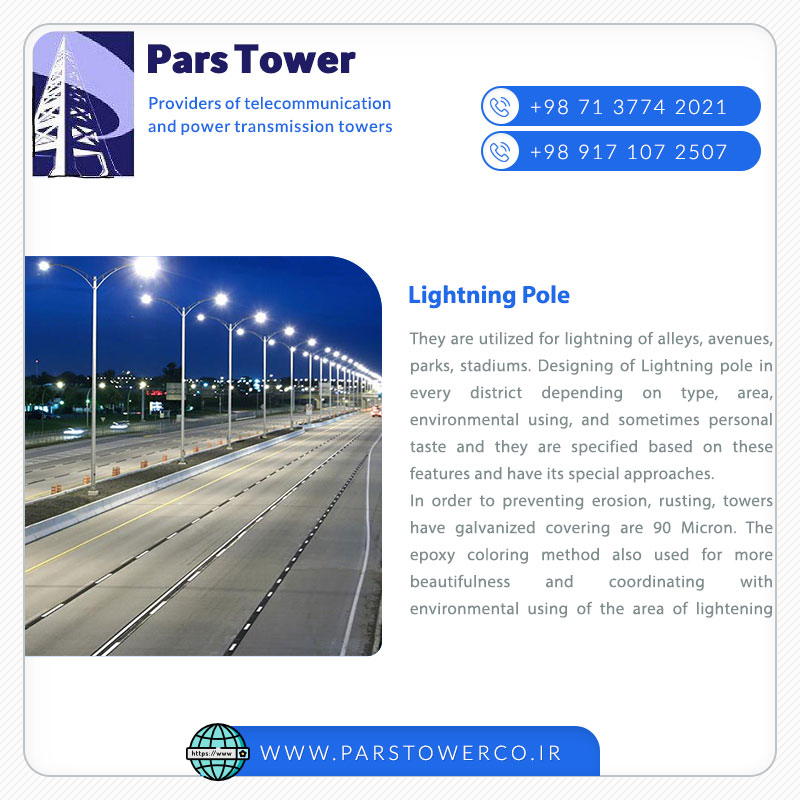 Solar Panel Base or Solar Structure

Solar Panel Base or Solar Structure

Structures can generally be divided into three categories: 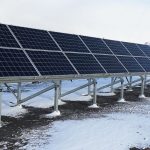 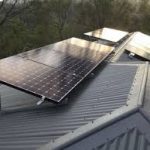 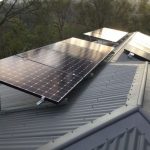 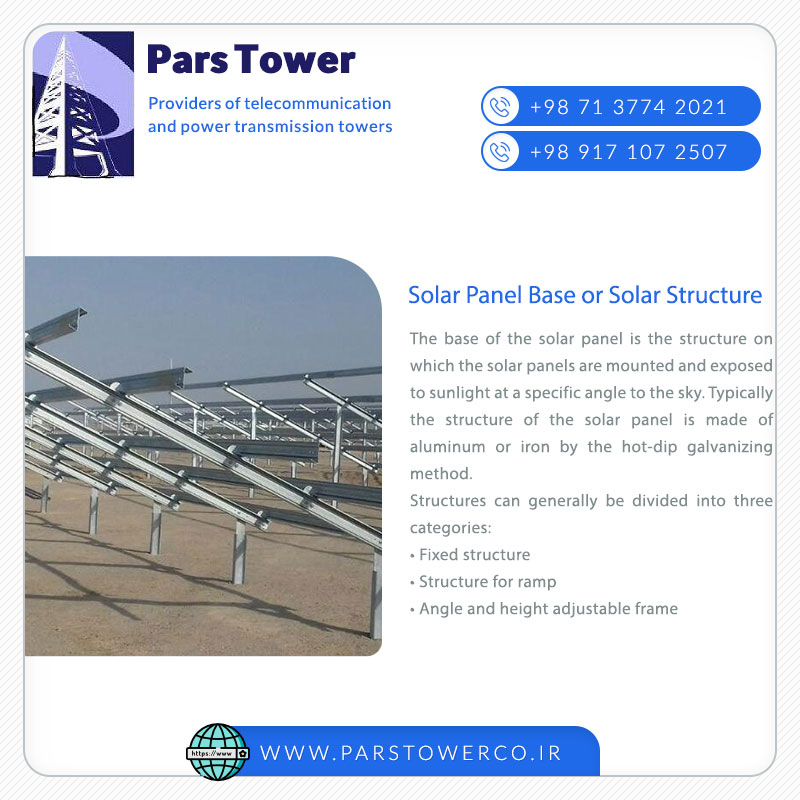